In 1932, Kurt Schmidt founded the Kurt Schmidt KG steel products factory in the town of Solingen knives and scissors. The Jaguar name was registered in the late 1960s as a trademark for hairdressing scissors, and shortly thereafter it also became the company's name. The name reflects his specialization in the production of scissors and is described as the starting point for Jaguar on its path to becoming one of the world's leading manufacturers. 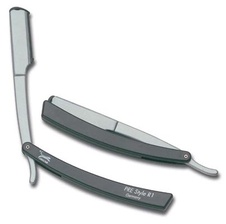 € 13.98
In stock
Plastic razor for razor blades, replaceable insert for trimming or shaving. 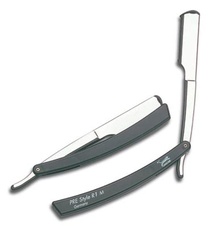 € 19.09
In stock
Metal razor for razor blades, replaceable insert for trimming or shaving. 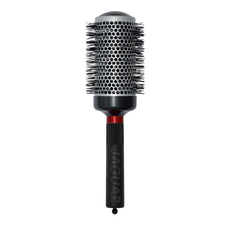 from € 7.71
Detail
In stock
Round ion brush with specially rounded bristles and a smooth, aluminum roller that pr...

Jaguar is working intensively to innovate hairdressing scissors. It also offers a high quality range of brushes and electrical appliances for hairdressers. In 2000, with the introduction of the Thermocut - Jaguar TC system, haircuts became a wellness procedure. Jaguar products are popular with professionals in more than 80 countries around the world.